Impact of Cattle Farming on the Environment 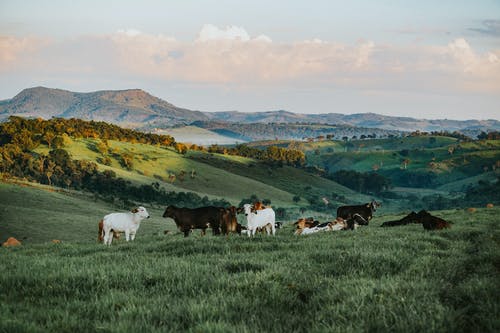 Impact of Cattle Farming on the Environment

Cattle farming is the business and industry of raising cows, bulls, oxen, and calves for commercial purposes, usually meat, leather, and milk. This is a lucrative industry as there is a high demand for meat, milk, and leather products all over the world. The primary output of most cattle farms is milk and dairy products, with meat being a close second. Leather is almost a by-product of the cattle industry, but it is one of the main sources of profit. These resources are extremely valuable in the global market, which has led to the high popularity of livestock farming. The meat and milk is used as food in the production of various meat dishes and the production of dairy (ice cream, milk powder, yoghurt, etc/) and leather is used in a wide variety of industries to produce various products from vehicle seats to insoles for shoes. Leather is made from the skins of the livestock slaughtered. Aside from the ethical concerns of slaughtering animals for meat, food, and skin, the cattle industry also has a significant impact on the environment, which will be the focus of this article.

Livestock farming requires a large amount of flat land area. This has resulted in cattle farmers clearing massive swathes of forested land to create farmlands or grazing areas for cattle. The clearing of forests impacts the Earth’s environment as deforestation affects ground water levels, rainfall, and the Carbon Dioxide content in the air. This also displaces the wild animals occupied the formerly unoccupied land.

The livestock industry is extremely inefficient with the resources it uses. The production of meat, for example, is one of the most resource intensive production processes, especially when compared to its yields. In the U.S., the livestock industry is responsible for around 55% of the total water consumption. In contrast, private residences comprise about 5% of the total water consumption. Farms also purchase feed in bulk, the production of which uses even more land and water.

Livestock farms produce an extremely high amount of waste – over a 100,000 pounds per second in the U.S. A farm with 2500 milking cows produces as much waste as a town of 400,000 people. This waste is released on to natural waterways which causes pollution. The antibiotics, hormones, pesticides, etc. used in these farms are also drained into the soil and water systems, resulting in massive amounts of pollution.

Cattle also release large amounts of methane and ammonia as waste. This effect may be exacerbated due to the hormones they are injected with. These gases released into the air is a significant contributor to global warming, as both methane and ammonia are greenhouse gases. Ammonia additionally causes acid rains which affects both plant and animal life. The livestock industry is also responsible for over 60% of Nitrous Oxide emissions, which remain in the atmosphere for over 150 years and is several hundred times more detrimental to the ozone layer than carbon dioxide.